It was an eventful service 31 night in my church, and the scream of Joy, excitement and expectations couldn’t be controlled.

Everyone was claiming his/her prophetic declaration by the Pastor, in the end; the grace was shared and we all departed.

As I stepped out of the church, a friend crossed in with a shout and warm embrace,

We started discussing, in less than 10minutes; he has analyzed his goal and resolution for the year. They sounded great, but I shocked him with my response.

Your goals and New Year Resolutions in Previous Years how many did you achieve?

It took him time to answer. Well, setting Goals and Resolutions aren’t enough; I said.

How do you intend to achieve these set goal and resolution? have you analyzed your steps and approach starting from now?

A year doesn’t make itself great, someone has to control the event of the year in Plans, Strategies, Actions and Implementation.

It’s easy to write down goals, speak it, but difficult to make it a reality.

Is it a house you want to build this year?

How much do you need for it, how would you raise the money, when are you starting it and how long would it take you to complete the plan?

Don’t sit and conclude in assumption. make findings and take action to make your goal a reality.

Note: Goals can be reviewed month, quarterly, etc. Don’t allow your goal to run you, run your goal in 2017.

Your little effort in conjunction with God’s grace and favour shall bring you success beyond expectations this year IJN.

Related articles across the web

Spread the Love: Sharing is Caring

MORE FROM MY SITE

Get Your Free Copy Now! 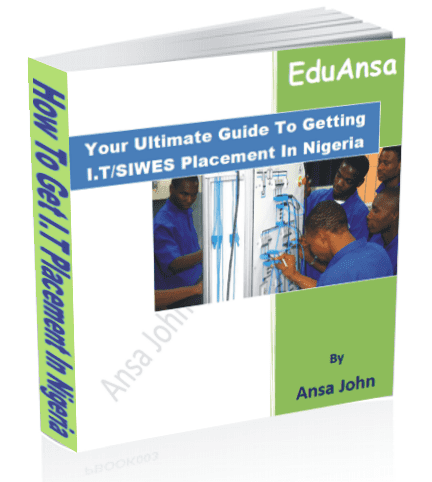 Welcome to EduAnsa’s blog. This blog is dedicated to help you succeed through school. Learn more.